Could Tiger Woods Be Charged With DUI / OVWI in Indiana? 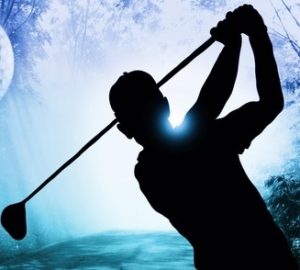 No alcohol?  No driving? With these facts, how can Tiger Woods be charged with DUI / OVWI? And if this had happened in Indiana, could he be charged at all?

Indiana defines intoxication as being under the influence of alcohol or drugs or any combination of alcohol and drugs. Under Indiana’s overly broad definition of intoxication, a person can be intoxicated even if they are taking prescription medication exactly as prescribed by their doctor. If this had happened in Indiana, the absence of alcohol would not save Woods from a DUI / OVWI charge.

But wait, you might say. Does it even matter if Woods was intoxicated if there weren’t any witnesses? How can he be charged with a DUI / OVWI when no one saw him driving? Under Indiana law, no one cares if you were “driving.” The legally relevant question is whether you were “operating” a vehicle. The difference is that “operating” is a much broader category than “driving.”

When determining if a person was “operating” a vehicle, Indiana courts consistently look to four factors: 1) whether the person at the wheel was awake; 2) whether the motor was running; 3) the location of the vehicle and all circumstances bearing on how the vehicle arrived at the location; and 4) the intent of the person behind the wheel. If this had happened in Indiana, the fact that no witnesses actually saw Woods driving would not prevent him from being arrested.

Just because the State has the ability to bring charges, however, doesn’t mean its case will be a slam dunk. The Prosecution still needs to prove beyond a reasonable doubt that Woods was guilty of DUI / OVWI. If Woods were charged under these circumstances in Indiana, he’d have two persuasive, valid defenses available to him: 1) he could argue involuntary intoxication; or 2) he could claim that he hadn’t been “operating” his vehicle at the time of his arrest.

Woods has issued a press release stating he experienced an “unexpected reaction” to prescribed medication. Under Indiana Law, this is a legitimate defense against DUI / OVWI charges. Based on Attorney Lopez’s experience, the absence of alcohol gives this strategy a much better chance of success. Judges and jurors tend to despise this argument when it’s clear that the defendant has mixed alcohol and other drugs, and then tries to claim an “unexpected” reaction to the cocktail. To be successful, Woods should absolutely look into having his pharmacist and prescribing physician appear as witnesses for his defense. Woods should also make a point of hiring an experienced DUI / OVWI attorney who’s handled this type of case before.

Whether or not Woods was “operating” his vehicle is an equally important question. In determining “operation,” the Judge (or jury) will be most concerned about whether the vehicle was in gear. While Woods’ police report mentions that the vehicle was running and displaying brake lights, the report does not say if the vehicle was in park or not. Brake lights illuminate when the car is on and the brakes are pressed—this is true whether the vehicle is in drive or park. In addition to pursuing an “involuntary intoxication” defense, Woods’ attorneys need to attack the “operating” element of DUI / OVWI.

Attorney Marc Lopez has done more than a hundred DUI / OVWI trials in the State of Indiana. He has won cases exactly like the one Tiger Woods is now facing (full disclosure: he has lost cases like this, too). Every single DUI / OVWI case is different. Anyone facing a DUI / OVWI case needs an attorney who understands the law and science involved. If you have a question about DUI / OVWI, give Attorney Marc Lopez a call at (317) 632-3642.